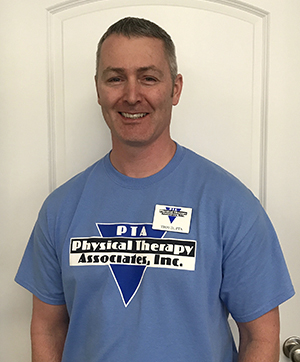 Troy is a graduate of Nelson County High School class of '95. He had the honor of serving four years in the United States Navy where he was honorably discharged as a 2nd Class Petty Officer. After his time in the service he attended Elizabethtown Community and Jefferson Community College where he graduated with an Associates Degree in Applied Science. He then passed his boards to practice Physical Therapy as a Physical Therapist Assistant. He has worked in outpatient physical therapy over twelve years specializing in orthopedics, spine, knee, & foot/ankle rehabilitation.

During his free time, like most people he enjoys spending time with his wife of 10 years, Jessica and his daughter, Ava. Troy also enjoys going to the gym, playing golf, watching UK basketball and Tennessee Titan football. He looks forward to continued care of the residents of Hardin/ Meade County and the surrounding communities.