The Sports Medicine Patient Advisor contains over 150 important patient education handouts. You will really enjoy learning about sports injuries or problems and will love getting a home rehabilitation program and a plan that tells you when you can return to your sport or activity.

Rehab facility not limited to athletes 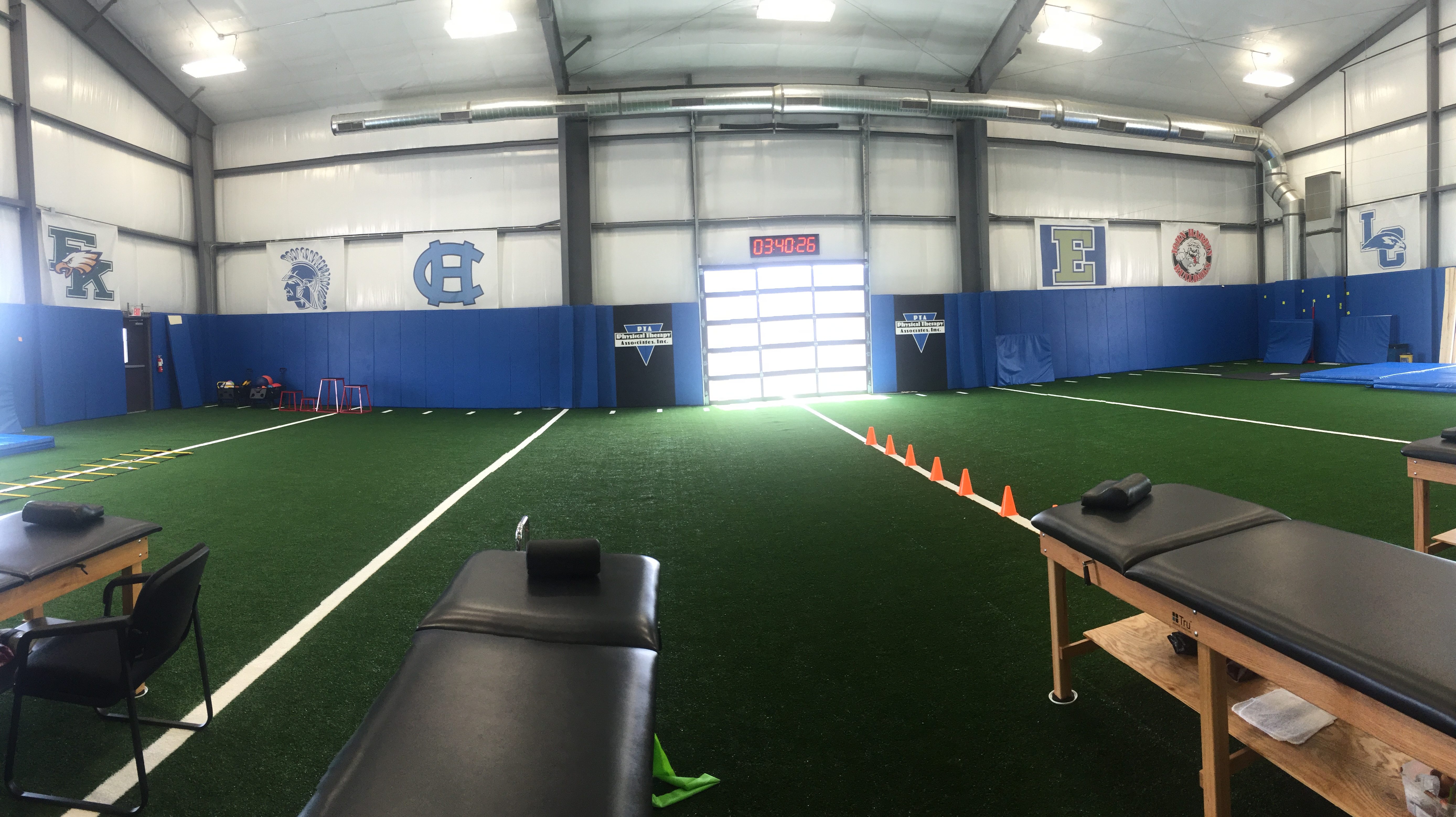 Along the far wall are a couple of stacks of orange cones. Technical ladders are spread out on the turf and a tandem sport vertical jump challenger/trainer waits for someone to test their vertical leaping ability.

Nothing like this physical therapy rehab facility previously existed in Hardin or neighboring counties, according to Physical Therapy Associates in Elizabethtown.

The company plans to take therapy to a new level inside its recently constructed open-area facility on Woodland Drive, giving everyone from construction workers to high school and professional athletes the space needed to come back from injury or surgery.

“What’s great about this area, for one, is the space,” Oldham said. “There’s more space to move around.”

Because of the turf, more can be done with regard to balance and coordination. The cushion provided by the turf is easier and safer on impact when performing jumps or short hops.

“You have that cushion, some actual absorption going through the body versus that hard hitting of concrete or other hard surface,” Oldham said. “From that standpoint alone, it’s great for everybody.”

Returning back to functioning as normal as possible and as quickly as possible in the workplace and in athletic competition is important. But doing it safely is the key to therapy and a complete recovery.

Oldham said there is a mental aspect to recovery and healing through physical therapy as many patients who have injured themselves through a particular movement are hesitant, even fearful, when reproducing that movement for the first few times following surgery. The less-than-antiseptic look to the facility gives a patient the feeling they are showing up for an activity more like a practice than standard therapy, he said.

“There is a huge mental aspect to rehab, in general,” Oldham said. “If you can do it with us in here in this controlled, safe environment, then you can do it out in the real world.”

Lance Geary, a supervisor for IMI Concrete, is recovering from a torn ACL he suffered while skiing about 8 months ago.

“I waited too long before I had it looked into,” Geary said.

He was inside the open-area facility Tuesday afternoon with Oldham working on lunges and duck-walks, the type of movements he is used to while skiing.

Geary said he missed out on a recent weekend ski trip to West Virginia with a group of friends as he is not quite ready to hit the slopes again.

“I’ll make up for it on the next one,” Geary said.

Adcock underwent Tommy John surgery in August 2015 and the Reds gave him the opportunity to do his physical therapy and recover at home.

Adcock sees the facility as a benefit to many.

“(Coming) into a facility like this to get moving, be active and have someone watch your progressions and motions is important,” Adcock said.

Physical Therapy Associates is expanding with the opening of a Radcliff location last spring as well as breaking ground for a clinic about a month ago in Brandenburg.

“We are growing, which is a very good thing for us and for patients in many hometowns,” Marketing Director Shannon Sullivan said.